Our Senior players can play year round or for a specific season – their choice.

Senior players must be over 18 years old.  Junior players older that 15 can play in some senior divisions provide appropriate Playing Forms are completed. 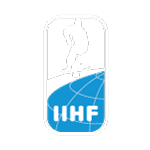